One of the engagements we won was a joint venture to focus on helping law enforcement turn data into useful, actionable intelligence to counter terrorism, abate crime and better respond to emergency situations. As we grow into thought leaders in this field, we began to wonder what others were thinking about the very same topic.

In the article by Gerald Baron called, “Emergency Response, Warfare and the Coming Revolution in Decisionmaking [sic],” he compares emergency response to warfare, arguing that the goal is to win. Quoting from Sun Tzu’s “The Art of War,” Gerald writes:

“He [Sun Tzu] thought that strategy was not planning in the sense of working through an established list, but rather that it requires quick and appropriate responses to changing conditions. Planning works in a controlled environment, but in a changing environment, competing plans collide, creating unexpected situations.”

Gerald then analyzes the Gulf oil spill, stating that lack of intelligence contributed to BP and Unified Command’s inability to stop the spill. He also looks at the plane crash at the Austin IRS building and notes that people were using their cell phones to take pictures, text, Tweet, and post to Facebook to share information, and he notes “that information may be extremely valuable to response managers.”

He then notes two significant barriers to intelligence gathering that emergency managers must overcome:

We agree with his conclusion:

With the increasing use of smartphones, pad computing and mobile computing in all forms, with the increasing deployment of smart sensors and the already massive network of observers available to help gather intelligence during an event the direction of the future of emergency management is clear. Certainly there are those, probably the vast majority, who will continue to operate as if this new world of information doesn’t exist. But, like the general who refuses to accept the information of his intelligence agents, it is only a matter of time before the battle is lost. 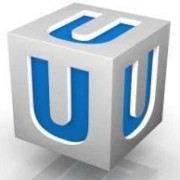 How Are Companies Getting Their Analytics?

We use cookies to give you the best user experience. Please confirm, if you accept our tracking cookies. You can also decline the tracking, so you can continue to visit our website without any data sent to third party services.